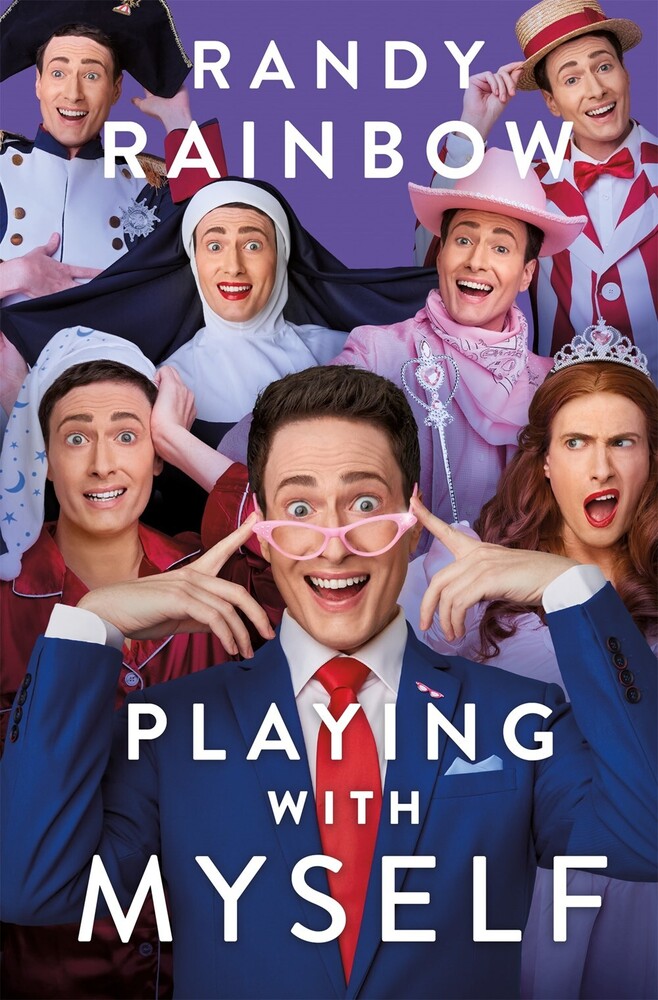 An intimate and light-hearted memoir by viral sensation and three-timeEmmy-nominated musical comedian Randy Rainbow that takes readers through his life?the highs, the lows, the lipstick, the pink glasses, and the show tunes. Randy Rainbow, the man who conquered the Internet with a stylish pair of pink glasses, an inexhaustible knowledge of Broadway musicals, and the most gimlet-eyed view of American politics this side of Mark Twain finally tells all in Playing with Myself, a memoir sure to cause more than a few readers to begin singing one of his greatest hits like "A Spoonful of Clorox" or "Cover Your Freakin' Face." As Randy has said, "There's so much fake news out there about me. I can't wait to set the record straight and finally give people a peek behind the green screen." And set the record straight he does. Playing with Myself is a first-hand account of the journey that led Randy Rainbow from his childhood as the over-imaginative, often misunderstood little boy who carried a purse in the second grade to his first job on Broadway as the host at Hooters and on to the creation of his trademark comedy character. In chapters titled "Pajama Bottoms" (a look back at the days when he wore pajama bottoms on his head to pretend he was Dorothy in The Wizard of Oz), "Yes, It's My Real Name, Shut Up!" (no explanation necessary...) and "Pink Glasses" (a rose-colored homage to his favorite accessory), Playing with Myself is a memoir that answers the question "Can an introverted musical theatre nerd with a MacBook and a dream save the world, one show tune at a time?"
HOURS: Mon 11am-7pm Tues / Wed / Thurs 11am-9pm Fri 11am-10pm Sat 10am-10pm Sun 11am-7pm
This website uses cookies to personalize content and analyse traffic in order to offer you a better experience.
I accept Learn More
back to top